On Wednesday, June 17, 2020, the Supreme Court of Ohio will hear oral arguments for Gerrity v. Chervenak, Case No. 2019-1123, from the Fifth District Court of Appeals, in which an heir to the mineral rights under a 108-acre property in Guernsey County is challenging the validity of the property owners’ reclamation of the mineral rights in 2012, pursuant to the Ohio Dormant Mineral Act, codified at O.R.C. § 5301.56 (“DMA”).

Specifically, the Supreme Court is considering the following two issues:

This case has attracted the attention of landowner groups in Belmont, Guernsey, Jefferson, and Monroe counties and of onetime or current mineral rights holders in those counties – many of whom have filed amicus briefs – because if the Supreme Court decides in the favor of the heir to the mineral rights, it would: (a) make it exceedingly more difficult for property owners to reclaim severed mineral rights under the DMA going forward; and (b) potentially impact mineral rights that were the subject or prior abandonment proceedings.

In 2012, they searched the Guernsey County public records and found that Richards was the “record holder” of the mineral rights under their property, with the records listing a Cleveland address for her.  They sent a notice of abandonment by certified mail to Richards at the address of record, pursuant to the DMA, but it was returned with the stamp “Vacant – Unable to Forward.”  The Chervenaks then published a notice of abandonment in The Daily Jeffersonian newspaper, as instructed in the DMA.  After receiving no response to the published notice, they timely recorded an affidavit of abandonment with the Guernsey County Recorder’s Office.  As provided in the DMA, the title to the mineral estate underlying the property transferred to the Chervenaks.  Later that year, the Chervenaks leased the mineral rights to an oil and gas development company.

In 2017, Gerrity filed a lawsuit in the Guernsey County Common Pleas Court against John Chervenak, the trustee of the Chervenak Family Trust, in which Gerrity argued that the affidavit of abandonment was invalid, and that he continued to own the mineral rights underlying the property as his mother’s heir.  Gerrity’s argument hinged on his allegation that, as the actual mineral rights holder, he was not properly notified by certified mail of the Chervenaks’ actions, as required under the DMA, prior to their publication of the notice in the newspaper.  He further contended that the Chervenaks did not conduct enough due diligence to identify the mineral rights holders, arguing that the Chervenaks search of only the Guernsey County public records was “a mere gesture, at best.”

The trial court, however, granted summary judgment to the Chervenaks.  The Seventh District Court of Appeals upheld the trial court’s decision, and Gerrity appealed to the Supreme Court of Ohio, which accepted the case.

In his brief, Gerrity stresses that, according to O.R.C. 5301.56(E) in the DMA, notice must be served to “each holder or each holder’s successors or assignees.”  By noting that it does not say “any” holder, he argues that the statute is unambiguous in its requirement that each and every mineral rights holder or successor must be notified under the DMA.  As noted above, Gerrity is the current holder of the mineral rights and was not notified by certified mail of the Chervenaks’ actions.  In fact, the Chervenaks never attempted to identify him, even though internet research would have revealed that his mother died in Florida and that he was her sole descendent and heir.  Accordingly, the Chervenaks’ attempt by certified mail to notify only his mother did not comply with the DMA.

He goes on to argue that oil and gas rights have substantial value, so the safeguards in the DMA should require strict compliance.  When property owners are trying to strip the mineral rights from unidentified holders, the Supreme Court should at least require that courts determine whether the property owners used “reasonable due diligence” to find the mineral rights holders.  He suggests that a surface owner’s affidavit should include detailed information that would allow courts to review whether reasonable diligence was made to identify and find the mineral rights holders.  Such a process would offer “a reasonable, judicial safeguard” before severed mineral interests are taken from a lawful holder.

Gerrity argues that searching county tax records, recorded documents, and probate filings is not adequate to show “reasonable due diligence” when more extensive information is readily available online to trace heirs of record mineral rights holders.  In this case, the Chervenaks indicated they searched only the Guernsey County public records and nothing more.  He states that Cuyahoga County records show his mother sold the Cleveland home in 1967, so the Chervenaks should have known she did not live at that address.  Moreover, Gerrity points out in his brief that various internet resources would have revealed that his mother died in Florida, his identity and relation to his mother, and his longtime residence in Columbus.

The Chervenaks respond in their brief that the General Assembly made clear the DMA’s specific legislative intent: it “shall be liberally construed to effect the legislative purpose of simplifying and facilitating land title transactions by allowing persons to rely on a record chain of title…” Additionally, the Supreme Court has described the DMA’s legislative purpose as “to enable property owners to clear their titles of disused mineral interests” and “to help clear title to dormant mineral interests and to encourage the development of Ohio’s mineral resources by allowing parties to rely on a record chain of title to them.”  In fact, the Court has even gone so far as to state that the challenges in finding every mineral rights holder for a severed mineral estate is one of the reasons the legislature enacted the DMA.

If the Court adopts Gerrity’s views, then the Chervenaks argue that the General Assembly’s policy of “simplifying and facilitating land title transactions by allowing persons to rely on a record chain of title” will be effectively nullified because a previously unidentified mineral rights holder could come forward, at any time, claiming that certified mail notice had to be attempted on him or her, even though no suggestion of his or her purported interest appears anywhere as of record in the county where the mineral estate is located.

The Chervenaks assert that the DMA gives holders of severed mineral rights five different methods – known as “savings events” – to ensure that they keep their mineral rights.  They argue that Gerrity failed to take these steps, any one of which would have preserved his mineral rights, including: (i) recording a certificate of transfer conveying the mineral rights when his mother died; (ii) recording a notice of preservation of those rights; (iii) selling, leasing, or developing the rights; (iv) creating a separate tax parcel for the mineral estate; or (v) obtaining and recording a drilling or mining permit.

Instead, the Guernsey County public records gave no indication that Richards had died and left an heir, nor did they reveal the existence of any savings events related to the severed mineral estate underlying the property.  Accordingly, the Chervenaks argue that the DMA does not require service on mineral rights holders that “might exist outside the record chain of title” because those holders have indicated their intent to abandon the mineral rights by not taking any of the savings events provided therein.

Regarding Gerrity’s position advocating for a “reasonable due diligence” standard, the Chervenaks argue that this would contradict the DMA’s stated reliance on county public records and would prove to be an “unreasonable and unworkable standard.”  Noting that Gerrity conducted his internet search six years after the 2012 published notice, the Chervenaks point out that the internet constantly changes and search results vary based on factors such as the searcher’s geographic location, web browser, and search history.  They also asked how far a surface property owner must go before “reasonableness” will be established.

The Supreme Court will hear oral arguments for Gerrity v. Chervenak, along with three more cases, on Wednesday, June 17, 2020, beginning at 9:00 a.m.  Because of the COVID-19 pandemic, the Court will hold its session by videoconference.  All arguments are streamed live online here, and broadcast live and archived on The Ohio Channel.

If you have any questions about this Alert, please contact David Hall or any of the attorneys in our Energy and Natural Resources Services Group. 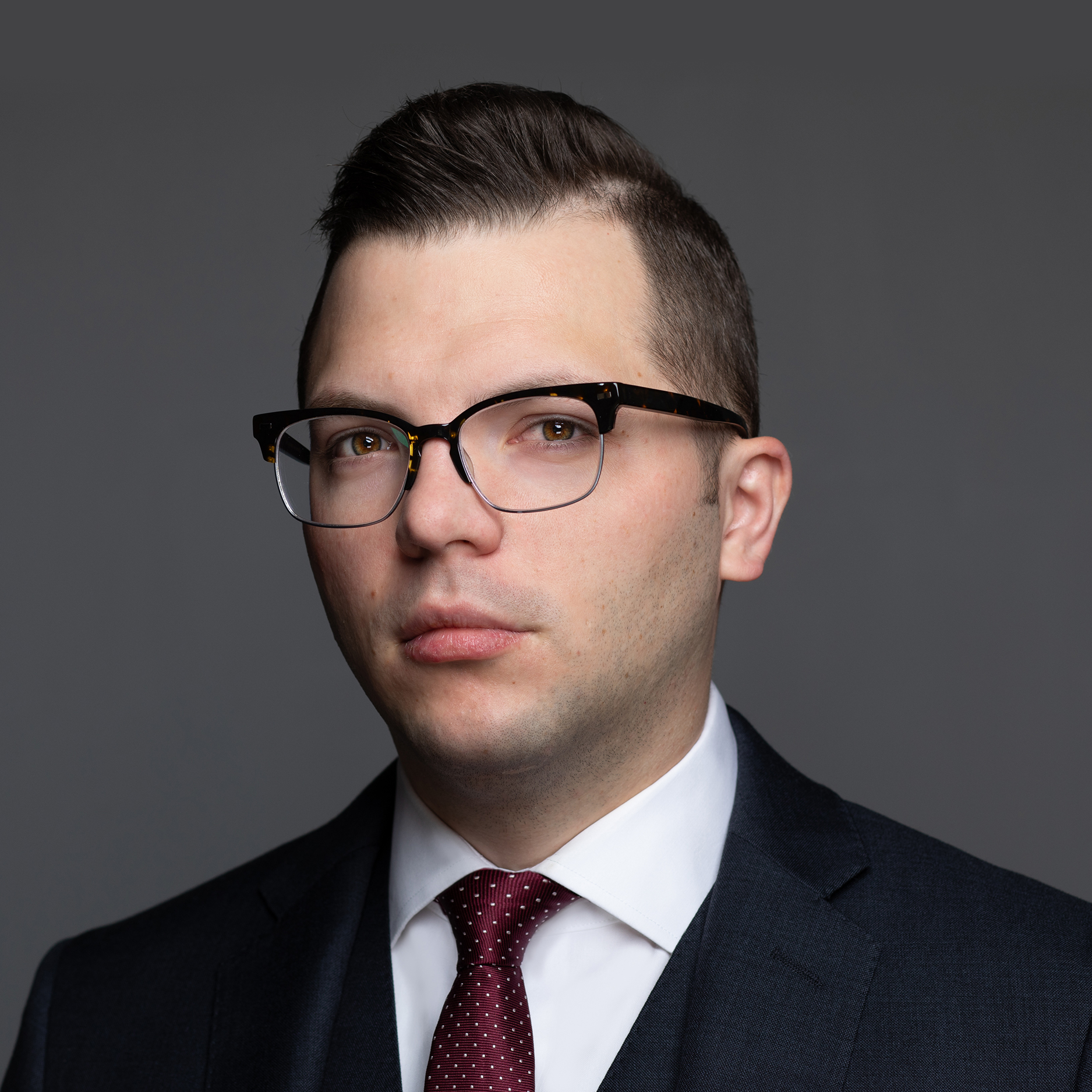